but no one turned away!

“Anything which was taken for granted as not serious, not art, just things that are thrown away, were exactly what I paid attention to. …if you want to know what’s going on ina culture, look at what everybody takes for granted. Put your attnetion on that, rather than on what they want to show you.” – Bruce Conner – A Movie

Join us for a night of found footage film with the fabulous Jen Proctor. Watch a shot for shot side by side remake of Bruce Conner’s found footage classic A Movie, a textual adaptation of “Boundless Ontologies”, a laser pointer interactive documentary, and mashups galore!

Jen will be here (all the way from Michigan!) in person to talk about her work!! 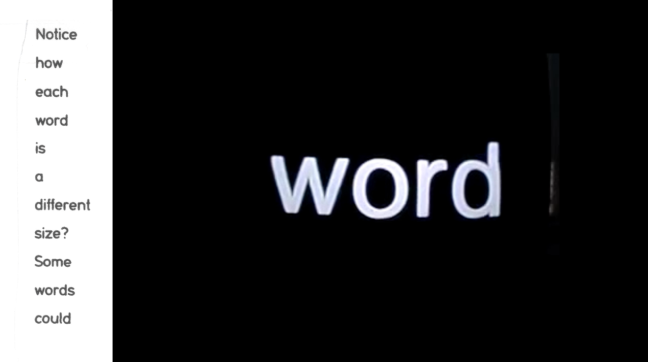 The Lineup:
A Movie
(2010-2012, 12:00, digital video/found footage)
A loving remake of Bruce Conner’s seminal 1958 found footage film A Movie using appropriated material from YouTube and LiveLeak. As a remake, the video provides a parallel narrative that explores the changes in historical and visual icons from 1958 to 2010 – and those images that remain surprisingly, and delightfully, the same. The work also comments on the pervasiveness of footage available for appropriation in an online world, and the way disparate threads in the YouTube and LiveLeak databases can be assembled to create “a movie.”

troubling your horizons
(laser pointer & interactive video)
This nonlinear documentary is, at its heart, an experimental, interactive home movie, a tribute to an inseverable attachment to, and profound respect for, the sea. And, significantly, it’s an ode to the family that raised me in this life.